Pranav Mistry (b. 1981 in Palanpur, India) is one of the inventors of SixthSense. He is a research assistant and a PhD candidate at MIT Media Lab. SixthSense has recently attracted global attention. Among some read more…

Bill Gates is one of the most influential people in the world. He is cofounder of one of the most recognized brands in the computer industry with nearly every desk top computer using at least one software program from Microsoft. According to the Forbes magazine, Bill Gates is the richest man in the world and has held the number one position for many years. read more…

Steve Jobs is the Chairman, CEO and co-founder of Apple Inc., a leading manufacturer of electronic devices including the Macintosh Computer (MAC), iPod, iPhone, and the music and video

Dhirubhai Ambani was the most enterprising read more… 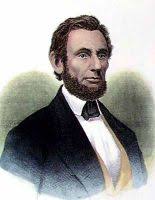 Born: July 24, 1945
Achievements: Chairman of Wipro Technologies; Richest Indian for the past several years; Honored with Padma Bhushan in 2005.